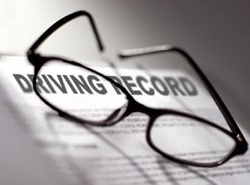 The California Department of Motor Vehicles uses a “point system” to rate driving records.  Everyone begins with zero points and violations on their record.  However, traffic tickets and collisions can result in points being added to your driving record.  Depending on the type of violation, it can result in one or two points on your record.

The more you get points on your record, the higher the possibility of losing your driver’s license.  The California DMV can suspend or revoke your license based on the following point system:

Insurance Rates Will Rise
The cost of insurance will undoubtedly go up if you experience a suspension or revocation of your driver’s license.  The insurance company has access to your driving record so they can see exactly how many points you may have.  You could even be dropped completely by your insurance company if you have too many points or are considered too high of a risk to carry as an insured.

Getting a Clean Record
After a certain amount of time, your record will clear of the points that may be recorded against it.  Most of the time the points will clear after 3 years.  However failing to appear for court has a 5 year life span on your driving record and if you fail to appear in court for an alleged DUI, it will remain on your record for 10 years.

Drive Safely and Avoid Points
The obvious way to keep your record clean is to follow the traffic laws and drive safely.  You should fight every ticket you get, especially because you can only take traffic school once every 18 months.  Sometimes mistakes happen.  When they do, the lawyers at Fix-A-Ticket will fight aggressively to get the best outcome for you.

Fix-A-Ticket handles all types of traffic violations. We FIX  TRAFFIC TICKETS and go to any court in the State of California.

Get A Free Consultation