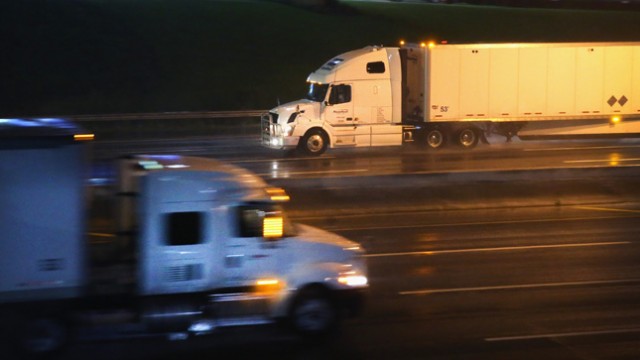 Our experienced Los Angeles trucker lawyers understand that if you are a trucker, your commercial driver’s license is your livelihood. About 400,000 tickets are issued each month to truckers and one serious violation against your CDL can stick to your record for 3 years and may place you on probation.

Our trucker lawyers can defend your CDL against speeding tickets, red light tickets and trucker specific tickets such as:

Since September 20, 2005, Truck and Commercial Drivers who receive traffic & speeding tickets, are no longer eligible to take traffic school.  A point violation for a normal driver counts as a 1.5 point violation for a CDL holder.  In addition, the conviction stays on your record for 3 years. Fight your ticket with the help of a CDL commercial traffic ticket lawyer!

Save Your Commercial Driver’s License (CDL)

Your commercial driver’s license, or CDL, can be suspended if you receive two serious traffic ticket violations within a 3 year time-frame.  These types of offenses can include driving 15 mph over the speed limit, improper lane change, and following too closely.

CDL drivers should also note that they are subject to higher penalties. Traffic violations carry 1.5 times the normal point count.  That means that if you get what is normally a 2 point traffic ticket, as a CDL driver you would receive a 3 point ticket.

At Fix-A-Ticket, many of our clients are commercial drivers.  Our trucker ticket lawyers understand that winning or losing a traffic ticket case affects your livelihood, and we take that responsibility very seriously.  That’s why we fight hard to do everything we can to get traffic tickets dismissed.

Since commercial drivers spend so much more time driving than the normal driver, it only makes sense that being on the road that much means that there is a higher likelihood that they will get a traffic ticket.  One traffic ticket can be just the beginning for a CDL holder.  Not only will you be subjected to a high fine issued by the traffic court, but insurance rates are guaranteed to spike and remain at a higher level for three years.  The net result from that could be suspension from your work or even losing your job altogether. 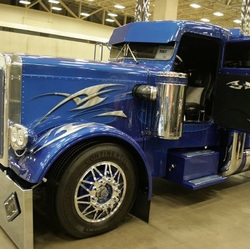 Save Money
Hiring a trucker ticket lawyer could save thousands of dollars in insurance premiums and perhaps even the driver’s job.  Commercial drivers are not only “big rig” drivers.  They also fall under the umbrella of church bus drivers, school bus drivers, and a variety of other vehicles.  Everyone who has a CDL is affected by California traffic ticket laws.  Even if a commercial driver is in their own personal automobile, a traffic violation could result in the loss of a CDL.

If for some reason the officer citing the commercial driver fails to designate the violation as a misdemeanor, the judge may nonetheless see it as a misdemeanor and raise the amount of the fine, which could also require a mandatory traffic court appearance.  These are specific and important regulations that commercial drivers need to be aware of so they are in a better position to protect their livelihood.

Violations such as being overweight, over-length, over-width, speeding, reckless driving, or following too closely can all put a CDL at risk.  That is why, especially with traffic laws changing and costs increasing, commercial drivers need an experienced trucker ticket lawyer who is knowledgeable in all areas of law that impact a commercial driver.

We Are Experts
Our trucker ticket lawyers know that the police may not always get it right because of how complicated and detailed traffic laws are.  If cited with a traffic violation, a commercial driver who has hired us has a fighting chance to get the outcome they need. We have the ability to review the citing officer’s notes to reveal and bring to light any flaws in the evidence against the commercial driver.   We then use that information to deliver a strong defense in court and significantly raise the chances of keeping the commercial driver’s driving record clean and unaffected by the ticket they were issued.

Did you receive a Trucker Traffic Ticket? Talk to our CDL traffic lawyers. It’s a free consultation. We have the seasoning and experience to get you your desired outcome: (855) 349-2849.

Fix-A-Ticket handles all types of traffic violations. We FIX  TRAFFIC TICKETS and go to any court in the State of California.

Get A Free Consultation